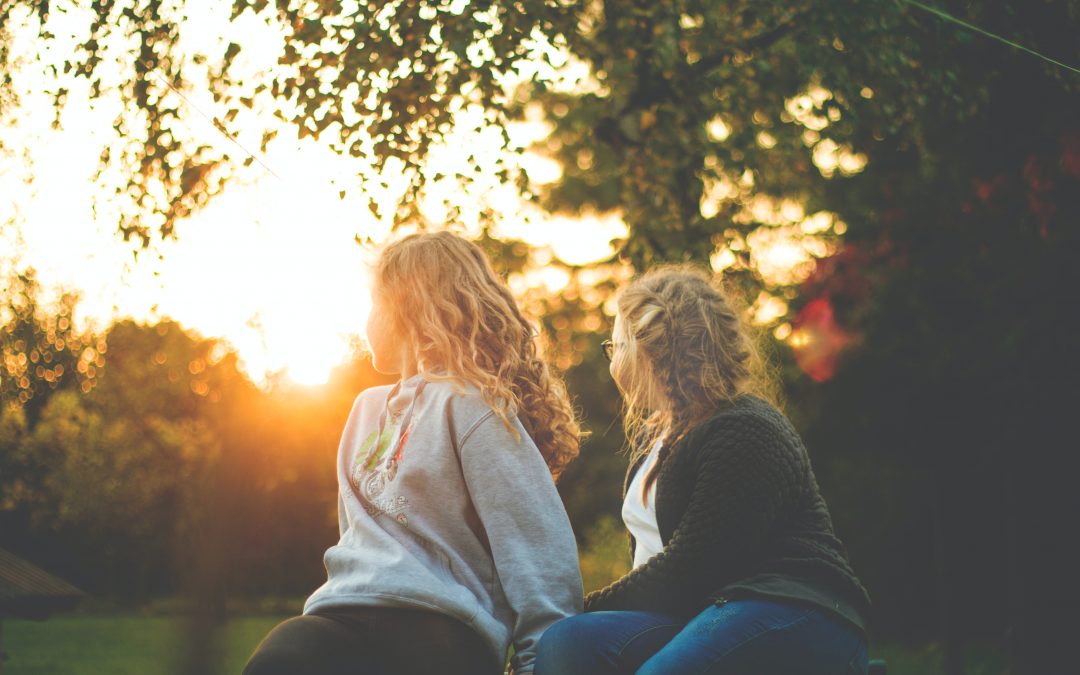 I didn’t know exactly what it was when I first felt the power of someone holding space for me. I was 9 years old, confused and grief stricken after learning that my older brother Mickey had just been killed in the Vietnam war.  What I did know, even at that tender age, was that something quiet and profound had occurred making me feel safe, warm, seen,  and understood in a way I had not experienced until that moment.  Unknowingly, a third grade classmate had held space for me.

It happened early on a Friday morning in March of 1968 while I stood alone in the muddy parking lot turned playground of my elementary school.  Students arrived and gathered together waiting for the bell to announce the start of the day.  It was my first morning returning to school after our family had received news of brother Mickey’s death a few days earlier.  I was anxious to see my friends again after several days at home. Days that felt like months, trapped in our home’s newly acquired heavy silence that had recently replaced the usual creative chaos in our family of 8 siblings.  Even though my mother felt it appropriate to stay at home and grieve, I had begged her to let me return.  News traveled fast in our small town and as I stood alone on the playground that morning,  friends keeping their distance while whispering among themselves pointing and looking my way, I realized that everyone already knew about my brother.

Just as I was regretfully wishing I’d taken my mother’s advice and stayed at home, I felt someone walk up from behind and quietly stand next to me.  Holding back tears of shame and grief

I didn’t turn to see who it was or blink my eyes for fear the puddle of tears would spill over uncontrollably and I would appear more foolish than I already felt at that moment so I stared straight ahead.  I could tell it was my friend Linda and though she didn’t say anything right away, her presence next to me felt comforting.  After a few moments, still looking straight ahead at nothing in particular, I heard her say, “Mary, I can’t believe your brother is dead.   God, that’s so shitty.”   I nodded and said “yeah.”  That’s all, nothing more was said by either one of us.  The bell rang, Linda and I walked into school together and I felt relieved as the day wore on.  Someone had actually spoken to me about Mickey’s death.  Linda spoke the truth of what had happened.  She voiced her feelings and it gave me permission to have my own.

Without an awareness of it at the time,  my playground encounter with a dear third grade classmate had taught me an incredibly valuable lesson that sad spring morning so many years ago.    And like many valuable lessons, it became a part of me and my life from that day forward.   By simply showing up, Linda held the space in which we both found ourselves.  Being present in the moment with me and expressing her feelings without trying to fix anything,  it was as if she generated a frequency of authentic kindness and in doing so passed along that same energy to me.

As the years go by and I continue to craft and create a life of joy while hopefully also providing comfort for others, I think about Linda and what I received from her that day.